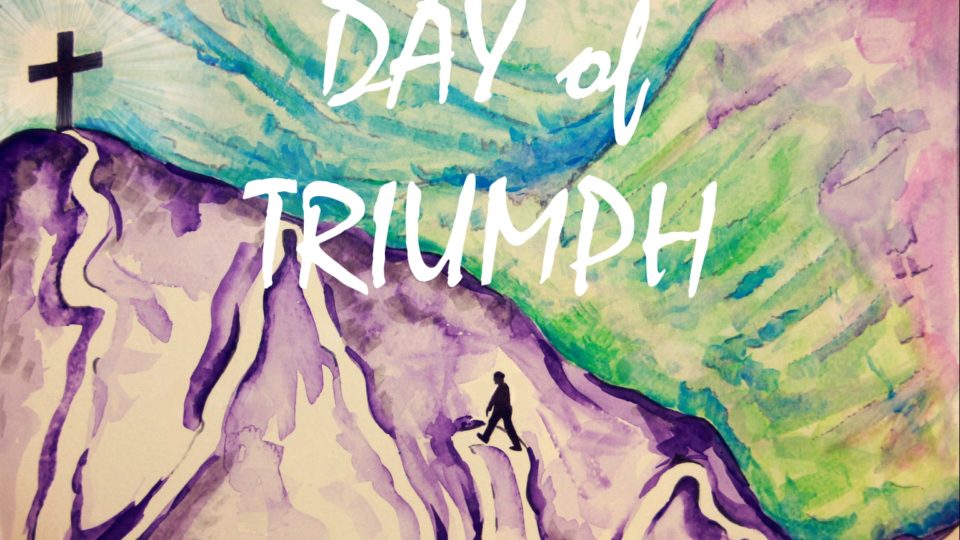 Now on the first day of the week Mary Magdalene came to the tomb early, while it was still dark, and saw that the stone had been taken away from the tomb.  So she ran and went to Simon Peter and the other disciple, the one whom Jesus loved, and said to them, “They have taken the Lord out of the tomb, and we do not know where they have laid him.” So Peter went out with the other disciple, and they were going toward the tomb.  Both of them were running together, but the other disciple outran Peter and reached the tomb first.  And stooping to look in, he saw the linen cloths lying there, but he did not go in. 6 Then Simon Peter came, following him, and went into the tomb. He saw the linen cloths lying there, and the face cloth, which had been on Jesus’ head, not lying with the linen cloths but folded up in a place by itself.  Then the other disciple, who had reached the tomb first, also went in, and he saw and believed; for as yet they did not understand the Scripture, that he must rise from the dead.  Then the disciples went back to their homes.

But Mary stood weeping outside the tomb, and as she wept she stooped to look into the tomb.  And she saw two angels in white, sitting where the body of Jesus had lain, one at the head and one at the feet.  They said to her, “Woman, why are you weeping?” She said to them, “They have taken away my Lord, and I do not know where they have laid him.”  Having said this, she turned around and saw Jesus standing, but she did not know that it was Jesus.  Jesus said to her, “Woman, why are you weeping? Whom are you seeking?” Supposing him to be the gardener, she said to him, “Sir, if you have carried him away, tell me where you have laid him, and I will take him away.”  Jesus said to her, “Mary.” She turned and said to him in Aramaic, “Rabboni!” (which means Teacher).  Jesus said to her, “Do not cling to me, for I have not yet ascended to the Father; but go to my brothers and say to them, ‘I am ascending to my Father and your Father, to my God and your God.’” Mary Magdalene went and announced to the disciples, “I have seen the Lord”—and that he had said these things to her. John 20:1-18

The Darkest of Days

Think of your lowest low. A time when blinding grief, loss, and despair was so heavy on your soul that you felt as if the weight might crush you. If you have ever felt that intense pain of loss and confusion, you may be able to glimpse into the hearts and minds of Jesus’ followers in the early morning darkness of Jerusalem over 2,000 years ago. Imagine the disheartened followers of Christ, hidden away, and grieving in disbelief. Jesus the Messiah, God’s Anointed One, their deliverer, has been betrayed, publically mocked and mutilated, led outside the city, and executed like a common criminal. Those who plotted against him breathed a sigh of relief that Jesus would no longer be a nuisance to them, making claims such as “Whoever has seen me has seen the Father” (John 14:9-10), and “…But I tell you, from now on you will see the Son of Man seated at the right hand of Power and coming on the clouds of heaven” (Matthew 26:64). These claims bear massive implications! Jesus was claiming to be God, and yet he willingly gave himself over to be killed. How can this be?

From Mourning to Joy

It is into this bleak scene that we find Mary Magdalene on her way to Jesus’ tomb to mourn and complete the burial process. She comes upon the tomb to find the stone removed from the entrance and immediately runs to inform Simon Peter and John, who then race to the tomb to see for themselves. It should be noted that as of yet, the only idea that comes to their minds as to what may have occurred is that Jesus’ body has been stolen away during the night. Up to this point, they had not accepted Jesus’ anticipation of his suffering, death, and resurrection (Matthew 16:21-22) because, “they did not understand the Scripture, that he must rise from the dead.”  Only as they see firsthand the folded grave clothes and the empty tomb that their eyes are opened and they begin to understand. It’s all true!  Death could not hold him! The grave could not keep him.

Joy only increases as Jesus appears before Mary Magdalene, calling her by name and even asking, “Why are you weeping?” as if to gently remind her, “Didn’t I say I would come back?”  He then tells her to go and tell the disciples of his return and his coming ascension to the Father. He had done what he had set out to do.

The God of Victory

That Sunday morning changes everything! The resurrection is God’s proclamation of His acceptance of the suffering and sacrifice of His Son. The sins of mankind were pinned to Christ as he was crushed on Calvary and his glorious exodus from the tomb is the great and final proof of the Father saying, “This is my beloved Son, with whom I am well pleased.” Death itself was overruled and Christ’s every claim was vindicated.

Who Do You Say That I Am?

Many today would say they like the idea of Jesus. He was a good man and teacher who has given the world some helpful advice about how to treat others and behave correctly. In fact, many who would not consider themselves religious are likely to attend a church service around Christmas and or Easter to pay their dues out of moral obligation or simply to appease family.

However, in this passage, we don’t just see a good teacher. There have been thousands of good teachers who have imparted helpful wisdom throughout history. The difference that we see here is that all of those teachers have come and gone and they remain in their graves. Good teachers do not rise from their graves. Only the Son of God did that! We have a Risen King!

Now, in immeasurable grace, this triumphant Risen King extends his hand to rebels and sinners like you and I! Those who have scorned and disobeyed him, are now offered amnesty, and yet He goes even further. This is more than just a second chance or “clean slate.” He offers his victory for our defeat. His righteousness for our sin, and even adoption into His royal family (Eph 1:5). This free gift is for all those who recognize his kingship and turn from their sin in humble allegiance to King Jesus!

Today, if you are trusting in this Risen King, may your affections be stirred in gratitude for his great saving work on your behalf! If not, know that right now his hand is still open for you, but it will not always be so. One day he will return to restore his kingdom on Earth! On that day, we will all stand condemned by our rebellion or covered in the perfect righteousness of Jesus. Grasp his hand now in faith and be united to Him.