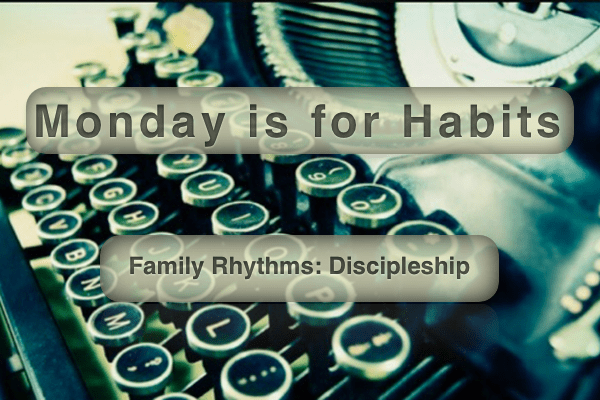 I remember the first time I met Brad Sykes, it was also the first time I met Ben and Jake Sykes. Brad and I were serving on a committee for a men’s ministry and I was floored that he brought both of his boys with him. I was more floored after when I asked him about his boys and he told me that part of his parental discipling plan was to bring his boys with him to anything he did. I had never heard anything verbalized like that before. I watched Mr. Sykes closely for the next several years until I moved away from Jacksonville and he was incredibly faithful in his discipleship of his family. That’s part of why I asked him to write this blog because he actually disciples his kids. The second part of why I asked him was because of his ability to communicate the gospel so clearly. He hosts a daily radio show (http://swatradio.com) in Jacksonville, FL that you can stream online or follow through their app (search swat radio in your iTunes or Android app store). Every day he and his co-host, Doug McCary, bring the truths of the scriptures into real-life situations. So, read this blog as a parent and ask yourself, am I being faithful to my call to disciple my kids? – Trey Brunson

It isn’t news to anyone that we live in a fast-paced world with access to everything and everyone in the palm of our hands; and with the constant demand for our attention coming from every direction it is easier than ever to get caught up in the craziness of working, mowing the lawn and just trying to spin out decent children who make good grades and don’t break the law.  But as parents who follow Christ, our call is higher than raising moral kids. Our call is to teach them what it looks like to follow Him, when we “sit in our house, and when we walk by the way, when we lie down and when we rise.” Deuteronomy 6:7

It was during a particularly difficult season with one of our kids that I realized I was missing the boat when it came to discipling my own children.  It was a season that if I am honest caught me completely off guard.  We had all the trappings of the idyllic Christian family. We read bible stories, we watched Veggie Tales, we homeschooled and when we wanted to get crazy we popped in a little DC Talk or Lecrae. Each Sunday morning, I handed my kids off to some amazing Sunday school teachers and youth pastors.  Looking back, however, rarely did I talk about heart issues with my children. My parenting was externally focused. I thought raising godly children was an outside-in thing when in reality our growth as believers occurs from the inside out.

That difficult season broke me in a way that I cannot explain. It had me on my face and it prepared the soil of my heart for truths I didn’t think I needed before. The primary truth was that the home is the place where the primary discipleship of the next generation should take place. I realized that my externally focused parenting was, in essence, training my kids to make an impression, rather than discipling my kids to make an impact.

Voddie Baucham said something in a sermon once that has forever impacted me. He said, “we don’t measure the spiritual maturity of a child outside the home, we measure it inside the home.” Man, that’s good. So often we grant our kids a pass for the attitudes they display in the home because they are well behaved outside the home. The problem is who they really are, is who they are at home. When their guard is down, their heart is on full display.  You get to see the real them when they fight with their sibling, or roll their eyes, or throw a tantrum on the cereal aisle of the grocery store.

So, what exactly does it look like to disciple your children in the home? According to Deuteronomy 6, it looks like talking about the gospel during the natural flow of everyday life. Whatever you are doing, wherever you are, engaging in conversations that help your children develop a view of the world that sees things through the eyes of the gospel.

I think it is important to remember that discipling your children is a marathon, not a sprint. No doubt, It is sometimes easier to do the expeditious “because I said so” thing than it is to engage in conversations with your kids. But trust me, the conversations, the getting to know, really know, your children are the most direct path to impactful discipleship. Youth pastors are amazing, and so are Sunday school teachers, but they don’t replace mom and dad. So when things come up, and things come up every day, I would encourage you to talk about them. Don’t just discipline, disciple. Take the moments handed to you and make the most of them.

Also, never underestimate the value of engaging your kids in the things you do in the adult world.  Treating your children, middle school aged and up, like adults in adult situations is a great blessing to them.  I used to get up early on Tuesday mornings to attend a weekly men’s bible study. Occasionally I would teach the study, and one week my wife suggested I take the boys with me. At the time, the boys were 11 and 14. I remember telling my wife, “This is a men’s study, our sons are boys.”

She encouraged me to take them anyway, and so I did. The men in that study ranged in age from mid-thirties all the way up to 90.  I thought the boys would be disinterested. Oh, on the contrary. The men welcomed my boys with open arms. They invited them into the community of men. They encouraged them in their walk. They listened as they shared. In short, they treated them like men.

I will never forget the words of my now 25-year-old about two years into our weekly Tuesday morning study. One night he overheard my wife and I discussing why so many kids go off to camp, have a great experience, come back convinced they should change, but end up falling back into their same patterns within a few weeks time. Ben peeked his head around the corner and said, “May I say something?”

That was a perspective-changing moment right there. After that conversation, I started taking my boys with me to ministry meetings.  They engaged in ministry conversations when allowed and just observed when their input wasn’t welcomed, or the situation wasn’t appropriate. They started to see what it looked like to live life as a Christian man.  We started talking a lot. We talked about deep stuff, heart issues, personal challenges and how the gospel impacts those. We also talked about football and girls and music and yard work.  We were honest and real with each other.

Sometimes we get all wound up believing that discipling our children is best left to the professionals, you know, the guys with the seminary degree. I would have to disagree. You are the best person to disciple your child and the natural rhythm of life presents you with ample opportunities every day to do it.  You don’t need a “program” you don’t need a book written by a Christian author, all you really need is a willingness to slow down, unplug sometimes and invest your energy in listening to and discussing things with your children when you “sit in your house, and when you walk by the way, when you lie down and when you rise.” Deuteronomy 6:7.   It is simple really. Every day, all day, anywhere and everywhere.