The Strangeness of Easter 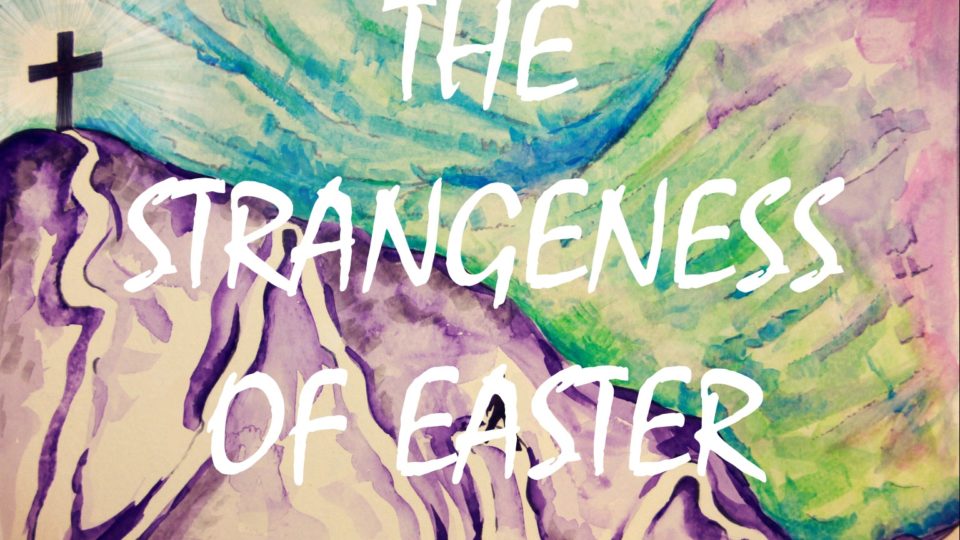 To be sure, that Jesus died is not the controversial part. Even unbelieving pagans agree with the death of Jesus as an historical fact. They don’t, however, agree with the meaning of his death—that it was a vicarious sacrifice “for our sins” to reconcile us to God. But they do agree that he was dead and buried. No great dispute there.

The controversial part is the second half, “he has been raised.” Why is it strange? Because dead bodies don’t come back to life. It just doesn’t happen. But eye-witnesses like Paul say that it did in fact happen in Jesus’ case. Jesus was dead. Really dead. Violenty dead. Indisputably dead. And yet he was “raised.”

But perhaps the strangest thing about what we believe is contained in the words “has been.” The wording here is crucial. There are four verbs in these verses, all of which are simple past tense except for one, “he has been raised.” Whereas Jesus’ death, burial, and appearances happened once upon a time, it is not so with his resurrection. He “has been” raised—the perfect tense—which indicates past time with ongoing results.

And one day, this formerly dead Jew will return to reclaim what is his. And the same power that brought him back to life will bring his people back to life as well. And we will live—resurrected, incorruptible, immortal, and whole. Jesus is the “firstborn” from the dead, and that means that he will bring us forth as well (Col. 1:18).

So, yes. The strangest thing about us is this. Jesus Christ has been risen from the dead. He is alive now and will appear again to reassert his rule over his broken world. And when he does, all the sad things will come untrue. He will wipe every tear from every eye (Rev. 21:4). This is the best news in the world, and it is for anyone who will have it. All you have to do is trust in him.