The “Why” of Parenting 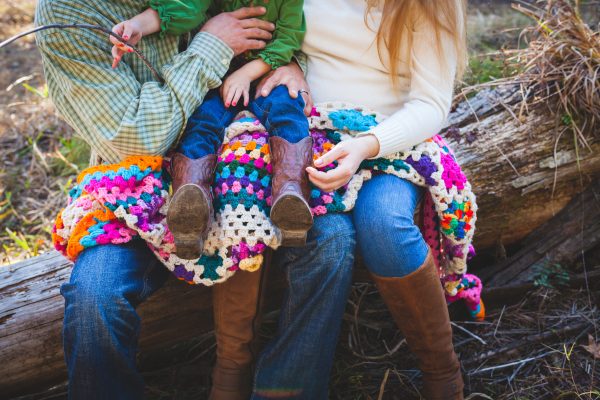 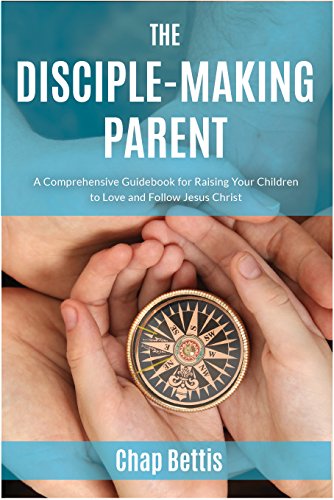 An excerpt from The Disciple-Making Parent by Chap Bettis

I can still remember the kick to my stomach.

For the past nine months I had known we were going to have a baby. Sharon and I had talked about her, planned for her, prepared a room for her. I had watched my wife grow a large belly. Yet, nothing prepared me for the day I saw this new person. Faith had become sight; and I was unprepared. A tiny human being, my daughter Kara, was placed in my arms for the first time.

That’s when I got kicked in the stomach. It came when the realization hit me that this little life was totally dependent on the two of us for everything. This tiny mass of cells was a human being, made in the likeness of God and entrusted to us. This beautiful little girl would live forever and ever and ever. And God had just placed her in our inexperienced hands. As I broke down in tears on the way home that afternoon, I prayed, “Oh God, show us how to do this.”

An Awesome Privilege and Responsibility

In allowing us to create life and raise another human being, God has gifted us with an awe-inspiring privilege and responsibility. Your beautiful baby is an image-bearer of God. He or she is made to glorify God and enjoy an eternity with Jesus Christ. That’s what you have created – not just a baby – but a person who will live forever in heaven or forever in hell.

If we look at our current culture, we see confusion. Child-centered parents indulge every cry and hover fearfully. Other parents destroy their marriages and their sanity as they taxi their children from one activity to the other. Few stop to ask “Why?” “What is the goal?” “What are we aiming at?” For many parents, the answer to these questions is “good, educated, and well-adjusted children.” Unfortunately this confusion spills over into the church of Jesus Christ as well. Even Christian parents are imitating non-Christian parents in their goals and values.

Christians believe that Scripture is sufficient for all of life. If that is the case, then what guidance does God give on parenting? When we search the Scripture, what we find is encouraging, yet radical and challenging at the same time. Scriptures tell us not only the “How” of parenting, but the “Why.”

Filling the Earth with Glory-Bearers

Why did God give us this privilege of creating new life? And why does God give us little ones who are so utterly helpless? No doubt there are many profound reasons God designed the process the way he did, but one of the reasons is clear:

Did he not make [as husband and wife] one, with a portion of the Spirit in their union? And what was the one God seeking? Godly offspring. (Malachi 2:15)

God’s intent in giving you the privilege of creating new lives is for you to raise them to know and love him. 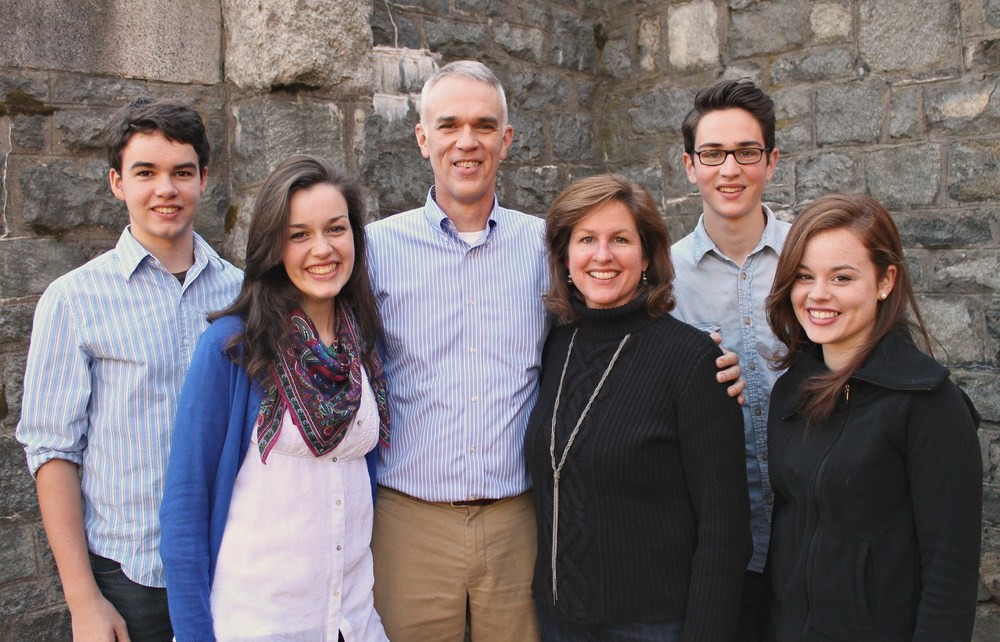 Chap Bettis with his wife, Sharon, and their four children.

This explanation in the last book of the Old Testament is the continuation of an often repeated theme. In Genesis, God’s first command to Adam and Eve, the head of our race, was to be fruitful and multiply. They were to fill the earth with godly offspring and image-bearers. We know, of course, the the king and queen of our race committed treason and rebelled against their Creator. This treason turned the paradise called Earth into a battle-ground. Gone was the idyllic existence. From that point on, pain would fill their lives: pain in childbearing, pain in relationships, pain in work, pain in death.

But God did not leave us alone in that sin. He promised that the physical offspring of Eve (Genesis 3:15) and Abraham (Genesis 12:3, Galatians 3:16) would one day reverse the curse and purchase salvation for men. This happened, of course, in the life, death, resurrection, and ascension of Jesus Christ. Now a new man, a second Adam, is ruling over the earth; and with this new ruler, God’s desire remains the same. He wants spiritual offspring who are rightly related to him to fill the earth.

The Great Commission: The North Star

To ensure this mission was clear, Jesus gave his disciples what has been called the Great Commission:

All authority in heaven and on earth has been given to me. Go therefore and make disciples of all nations, baptizing them in the name of the Father and of the Son and of the Holy Spirit, teaching them to observe all the I have commanded you. And behold, I am with you always, to the very end of the age. (Matthew 28:18-20)

The Great Commission is a call for followers of Jesus Christ to reach out to our world, to our towns, and to make disciples in our own families. Parenting is a commission to do all we can to raise our children to become fully devoted followers of Jesus Christ. The foundational parenting text is not Ephesians 6:1-4 or Deuteronomy 6:4-9, as important as they are, rather it is Matthew 28:18-20.

In the night sky of the Northern Hemisphere one star constantly points the way north. By it slaves traveling on the Underground Railway made their way to freedom, and sailors discovered new lands. The North Star provided a direction for those traveling in uncharted territory., For Christian parents, the Great Commission is our North Star.

Obeying it should orient all we do as parents. We discipline our children not so that they will make us happy but so that they will serve Christ as adults. We educate them not so they can have a good job but to develop them to be the best follower of Jesus they can be. We work hard to prepare them not for graduation day but for the Judgment Day!

Or job is not to raise good kids who pursue the American dream with a little Christianity (and eternal “fire insurance”) sprinkled in for good measure. Christ’s desire is for his followers to do all they can to raise regenerated, obedient, God-glorifying disciples using all the means of grace possible. God gives us little children so that we can influence them to become fully devoted followers of Jesus Christ who love Him and love others. It is messy and inefficient, rewarding and frustrating, and ultimately profoundly glorious work.

Passing the Baton in a Battle Field

If this is God’s plan, then you can bet it is opposed by all that opposes God. Indeed, that is precisely what we find. Those who have grown up around the gospel and should be most receptive to the gospel are rejecting it in unacceptable numbers.

Why is this discipleship, this passing on of the faith, so difficult? Passing on the faith has been compared to handing off a baton in a relay race. And there are many things to commend that analogy to us. There is a real gospel – the baton – to pass on. It must be passed on individually. The one with the baton has to hold it out, and the one receiving the baton has to reach back for it and close his hand around it. There is a time to pass on the baton, the exchange zone, which does not last forever. All of these are excellent pictures to help us think through this subject.

There is a problem with this illustration, however. We are not handing off the baton at a friendly track meet – rather this exchange takes place on a battlefield! We are attempting to pass on this baton of the gospel while we and our children are being shot at! And what about those observing in the stands? A few are cheering us on, but many in the stands – the world – are laughing at our child’s attempt to run the race.

The Statistics Show a Battle Raging

In twenty-five separate surveys of more than 22,000 adults and 2,000 teenagers, George Barna found that only 20 percent of the respondents had maintained a level of spiritual activity consistent with their high school experience. In another study, he found that 58 percent of young adults who attended church every week when they were teens did not attend church at all by the time they were 29. Dr. Kara Powell of the Fuller Youth Institute at Fuller Seminary took a more conservative approach and only counted those who were a part of a church or youth group when they graduated from high school. Her estimate, based on multiple surveys, was that up to 50 percent of young people did not stick with their faith once they were in college.

Britt Beamer of the American Research Group studied only those who said they attended church every week when they were growing up but never or seldom attend today. After more than 20,000 phone calls, he came to a shocking revelation: Of those who reported they no longer believed the Bible was true, 40 percent first had doubts in middle school, 44 percent first had their doubts in high school, and about 11 percent had their first doubts in college. In other words, we are losing many of the hearts of our children in junior high, even though we don’t lose their bodies until later.

Understanding how the cosmic conflict plays itself out on earth helps us to see why there are casualties. Ultimately, disciplining our children is not just about their salvation, it is about God’s glory. Satan will oppose God being glorified with everything he can connive. He is a roaring lion, prowling around seeking to devour the young ones (1 Peter 5:8).

As parents, the accuracy of the statistics is not what compels us to fight this battle; it’s the souls God has entrusted to us. Losing even one child from my family is unacceptable. Would my wife be very happy if, having taken four young children to the playground, I came back with three? No, I went out with four and I must come back with four.

Statistics are about real people. Who do you know that was raised in a Christian home and is not walking with the Lord today? No doubt you know many. Unfortunately, I know numerous earnest followers of Jesus in their fifties and sixties whose children are not walking with the Lord. They carry this ache in their hearts like a heavy ball and chain. Charles Spurgeon comments on this burden when he states, “No cross is so heavy to carry as a living cross.”

To pass the gospel baton successfully in today’s anti-Christian culture, you must have a strategy. It’s imperative that the salvation of your children be on your mind and in your prayers. This aim should occupy your thoughts not just in their high-school years, but in their pre-school, elementary, and college years. That’s what this book is about – developing a strategy for becoming a disciple-making parent.

The following post is adapted from chapter 1, “Disciple-making, the Gospel, and Parenting” in Chap Bettis’, The Disciple Making Parent. Check out more information

including the offer of a free audiobook here: www.thedisciplemakingparent.com. You can also hear Chap Bettis, and other leading parenting experts, speak at one of our two Leading with Love parenting conferences in November (Nov 4 at Jonathan Creek  | Nov 11 in Louisville at Highview Baptist)