The Art of Time: Don’t Be Late 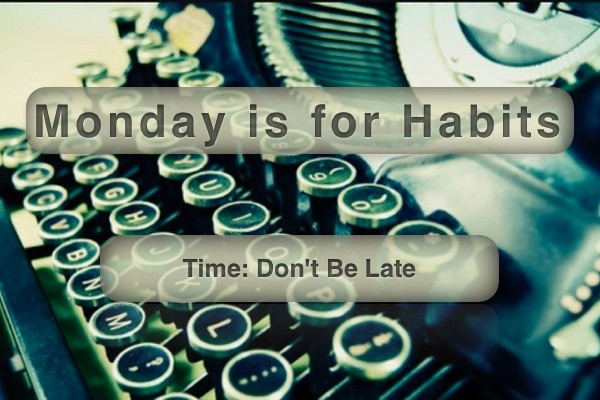 I remember walking into the restaurant uneasily. The morning had gotten away from me. I had gotten up late, I had been rushing to catch up on stuff that was on my “to do” list that needed to be done the week before, and somehow, I totally forgot my lunch meeting. It wouldn’t have been as bad if it was just a lunch meeting, but it was my weekly lunch meeting with Mr. Holmes, my discipler. He had offered to disciple me if I could meet with him every Tuesday for lunch at the restaurant of his choice. I remember the first time we met at his office. I walked in and looked around the room at the walls covered with awards, honors, pictures with former presidents and other famous people. I knew immediately that every minute of his time that he would give me would be significant for my growth. Somehow, I found myself walking into Gator’s BBQ on the west side of Jacksonville significantly late for our meeting. I tried to play it off because while I was embarrassed, honestly, late was kind of normal for me. I jumped into the seat across from him, apologized and said I had gotten caught up. Then, I opened the book we were walking through to the chapter we were supposed to discuss that day. While never even looking up from his plate, he proceeded to say, “Your time may not mean much to you, but my time is important and valuable to me. If you plan to steal time each week and think that your time is more important than mine, then I don’t think I can afford to do this anymore.” With that, he grabbed a napkin, cleaned up the table, and left the restaurant.

Being late is stealing from the people you are meeting. It’s that simple. It’s taking their time and implying that it doesn’t matter to you. It’s also saying that you think your time is more important than their time. Now, there are obviously extenuating circumstances and divine interventions into our schedule (Numbers 22:21-39; Luke 10:25-37; Acts 9) but outside of those rare moments, being on time is a stewardship issue that needs to be addressed. It’s a habit that needs to be developed.

First, I bought a watch. I wanted to make sure that I always knew the time moving forward. Before that moment, I honestly cannot remember wearing a watch, nor having any concept of what time it was. I operated for years just loosely getting around. In college that’s kind of funny but not when you’re an adult. Getting a watch on my wrist was the first step in becoming more aware of time. I also set it ten minutes fast so that I was always 10 minutes early. That margin accounts for those random things that pop up and steal time. I even set my car clock ten minutes faster. To be on time, I needed to know what time it was.

Secondly, I bought a planner/calendar. I needed to start writing down appointments, events, birthdays, etc. so that I wasn’t neglecting important things. It’s wild to me how often people will completely forget meetings, meals, or any other scheduled events just because they don’t write it down. I knew I was “that guy,” so I picked up a pocket calendar and started writing down anything I could think of that needed to be remembered. I kept it in my pocket or backpack so that it was always with me in case a meeting or event came up that I needed to remember. The reality is that I know I won’t remember everything, so I made writing things down a priority to help the future me be on time. I also began to include my iPhone in this process. I make sure that I have everything in both places (planner and digital calendar) with alerts popping up on my iPhone to help me honor my commitments.

Third, I made a plan to own my day. I set an alarm on my phone that would get me up at the same time each day. I am a routine-driven person, so that works best for me, but I know that is not for everyone. I think the important part is making sure you get up on time for your day whatever that looks like for you and your schedule. I then would make a “To Do” list for that day. Every morning, I review my schedule for the entire day, (meetings, projects, etc…) and I make a list of things that have to be done. I start with a list of things that must get done that day and then add in the things that I would like to get done that day, if possible. This discipline has become increasingly important for me the older I get. Balancing family, work, school, projects on my home, side projects, and friendships all require me to give them time. So, I start with a list every day. I start with any meetings and make sure they get the appropriate time. If I have a lunch meeting, I need to make sure I leave my office/home with enough time to get to the meeting on time. I put in the time for specific things first and then add in my projects around that time. Owning the day means making sure you accomplish what you need to in that day instead of forgetting, being late, or not accomplishing what’s crucial. As the saying goes, if you fail to plan, you plan to fail.

Lastly, I made a commitment to show people I cared by being on time. I called Mr. Holmes and apologized and shared my plan with him. I asked him to hold me accountable to being on time with him and to let me know if he saw me abusing time anywhere else in my life. I thanked him for being enough of a friend to point this out and to help me grow. Commitments like being on time are obviously real work, and to be honest, most people never notice that you’re always early to meet them, but they sure do notice if you’re ever late. It’s not something that will get you a lot of praise, but it should be a personal goal to care for the people God has placed in your life. We honor God in our honoring and caring for other people.

The irony is that not long after that lunch with Mr. Holmes I found myself sitting at a restaurant waiting on Jessie to show up. Jessie had asked me to disciple him, so I told him that I had Thursday mornings open to get breakfast with him each week. I got up and made my way over to the restaurant only to sit there for over an hour, alone. I didn’t get a call until later in the day when Jessie reached out to tell me he was sorry. He had forgotten about our meeting. I realized at that moment how gracious God had been to me in allowing me to have Mr. Holmes in my life. I shared with Jessie the same lesson: being late is stealing from other people.

Don’t be late. Get a watch, get a planner, get a plan, and make a commitment to be on time. It will not only honor the people you are meeting with, but this commitment will change your productivity and ability to get things done. Take this Monday and make a habit!