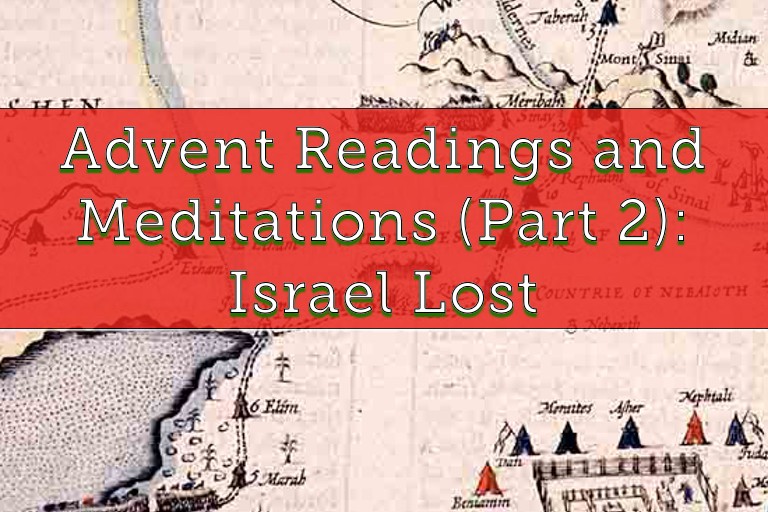 When I was a kid, I remember running home from the bus stop one afternoon, throwing the front door open, and racing into the house to find my mom. I couldn’t have been more that 6 or 7-years-old, and like a true 6 or 7-year-old, I totally forgot to close the front door and the dog ran out. It might not have been as big of a deal if this dog hadn’t been the last thing my grandmother had given my mom before my grandmother passed away. My mom panicked as soon as she realized my mistake. In a desire to help, I ran outside to look for the dog. I didn’t know where the dog had gone, but I knew that I was responsible and I wanted to help. I ran calling the dog’s name until several neighborhoods later I finally found her. It was a joyful moment that was quickly followed by panic because in my finding the dog I had gotten myself lost. I held the dog and sat down on the curb and started to cry because I had no clue where to go.

I wish I could say that was the only time I felt that way. Sadly, life has a way of producing that kind of feeling more often than we’d all care to admit. We feel lost in life. We feel lost in a relationship. We lose a job or title and feel lost professionally. We get overwhelmed with our situation and panic becomes more than a feeling. It becomes our consuming reality.

Imagine the feeling the nation of Israel had in the wilderness. 40 years of what had to be debilitating confusion. 40 years of walking in circles. 40 years of not being able to move on to what was next. Lost isn’t just an emotion; it can be a destination that we find ourselves inhabiting.

Waiting, The Ministry of the Wilderness, and Advent

Advent isn’t just about the excitement of the coming Messiah. It is also about the painful persistence of waiting. There was real tension in the daily walking through the wilderness. Days without water. Nights with winds and dropping temperatures. Days of blistering heat. Nights of exhaustion and the knowledge that tomorrow they had to walk again without anything more than a promise that there would be an end to this. It is hard to imagine a worse lot in life than to be the generation who wandered in the wilderness.

Have you ever considered that God might have designed your season just like Israel’s. God uses our times of wandering and lostness to teach us dependence on Him while showing you His power and presence. Israel was never alone in their 40 years of being lost in the desert. In fact, they were never lost in the wilderness. Everything they experienced and everywhere they set foot was from God and for them. He led them every day of those 40 years in a pillar of cloud by day and a pillar of fire by night. They saw his power and presence on a daily basis. Their longing and their lostness were purposed to get them to look to Him.

Advent is so important because so many of us, whether we feel lost or not, are in a designed holding pattern to get us to realize that our lives are meant to be lived for His glory. Israel wandered until they were ready to take the land by faith. Many of us are sidelined because we are not living by faith, not advancing the gospel, and are wandering from day to day. Advent is such an important season because it declares that God came for a people who could not save themselves. Jesus had to come. We had no hope otherwise. Advent also declares that what is ahead, by grace, is better than what is behind us or right in front of us. The coming of the Savior meant that everything could change, including our wandering.

Lose Yourself and Gain God’s Presence

The tragedy isn’t in feeling lost or in being lost, but in staying lost. Eventually, my parents drove up in their car and took me and the dog home. Eventually, Israel arrived and conquered the Promised Land. Eventually, the Messiah came seeking and saving the lost. Maybe today isn’t about how you feel but about what you know. Have you trusted in Jesus to save you from your sins? If so, then whatever you may feel today, you aren’t lost. You may be experiencing the ministry of the wilderness. Remember that it is not about being lost. It is about losing whatever is keeping you from being nearer to God and experiencing more of His presence in your life.

Christmas is About the Gift of Jesus

If you haven’t trusted Christ to save you from your sins, why not do that today? You cannot be good enough to be holy. You will not one day clean up your act enough to earn the right to enter into His presence. Jesus came because we can’t… We can’t make things right with God on our own. Maybe what you need most this Christmas is exactly what Christmas is all about, the gift of Jesus. Jesus came to live the life we couldn’t live, die the death our sins have earned for each of us, and rose again so that one day for those of us who have trusted in Him we can rise with Him. Don’t stay lost, because you don’t have to wander. Jesus not only saves but makes all things new, including your life.

“8 Your fathers did this, when I sent them from Kadesh-barnea to see the land. 9 For when they went up to the Valley of Eshcol and saw the land, they discouraged the heart of the people of Israel from going into the land that the Lord had given them. 10 And the Lord’s anger was kindled on that day, and he swore, saying, 11 ‘Surely none of the men who came up out of Egypt, from twenty years old and upward, shall see the land that I swore to give to Abraham, to Isaac, and to Jacob, because they have not wholly followed me, 12 none except Caleb the son of Jephunneh the Kenizzite and Joshua the son of Nun, for they have wholly followed the Lord.’ 13 And the Lord’s anger was kindled against Israel, and he made them wander in the wilderness forty years, until all the generation that had done evil in the sight of the Lord was gone.”

“6 For the people of Israel walked forty years in the wilderness, until all the nation, the men of war who came out of Egypt, perished, because they did not obey the voice of the Lord; the Lord swore to them that he would not let them see the land that the Lord had sworn to their fathers to give to us, a land flowing with milk and honey. 7 So it was their children, whom he raised up in their place, that Joshua circumcised. For they were uncircumcised, because they had not been circumcised on the way.

8 When the circumcising of the whole nation was finished, they remained in their places in the camp until they were healed. 9 And the Lord said to Joshua, “Today I have rolled away the reproach of Egypt from you.” And so the name of that place is called Gilgal to this day.”

“174 I long for your salvation, O Lord, and your law is my delight. 175 Let my soul live and praise you, and let your rules help me. 176 I have gone astray like a lost sheep; seek your servant, for I do not forget your commandments.”

“11 For thus says the Lord God: Behold, I, I myself will search for my sheep and will seek them out. 12 As a shepherd seeks out his flock when he is among his sheep that have been scattered, so will I seek out my sheep, and I will rescue them from all places where they have been scattered on a day of clouds and thick darkness. 13 And I will bring them out from the peoples and gather them from the countries, and will bring them into their own land. And I will feed them on the mountains of Israel, by the ravines, and in all the inhabited places of the country. 14 I will feed them with good pasture, and on the mountain heights of Israel shall be their grazing land. There they shall lie down in good grazing land, and on rich pasture they shall feed on the mountains of Israel. 15 I myself will be the shepherd of my sheep, and I myself will make them lie down, declares the Lord God. 16 I will seek the lost, and I will bring back the strayed, and I will bind up the injured, and I will strengthen the weak, and the fat and the strong I will destroy. I will feed them in justice.”

“20 Behold, I stand at the door and knock. If anyone hears my voice and opens the door, I will come in to him and eat with him, and he with me.”