November 20, 2017/Randall Breland/Monday is for Habits 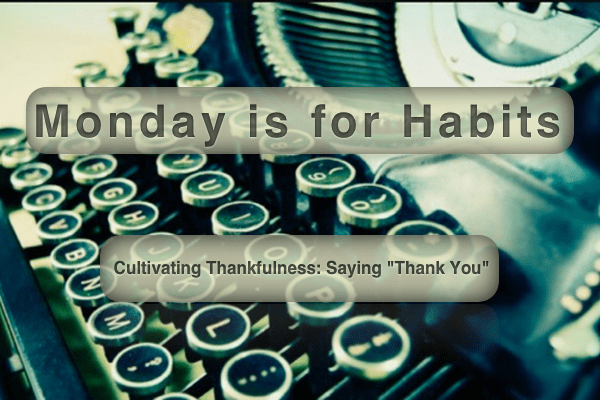 “The gratitude of every home in our Island, in our Empire, and indeed throughout the world, except in the abodes of the guilty, goes out to the British airmen who, undaunted by odds, unwearied in their constant challenge and mortal danger, are turning the tide of the World War by their prowess and by their devotion. Never in the field of human conflict was so much owed by so many to so few. All hearts go out to the fighter pilots, whose brilliant actions we see with our own eyes day after day, but we must never forget that all the time, night after night, month after month, our bomber squadrons travel far into Germany, find their targets in the darkness by the highest navigational skill, aim their attacks, often under the heaviest fire, often with serious loss, with deliberate, careful discrimination, and inflict shattering blows upon the whole of the technical and war-making structure of the Nazi power. On no part of the Royal Air Force does the weight of the war fall more heavily than on the daylight bombers who will play an invaluable part in the case of invasion and whose unflinching zeal it has been necessary in the meanwhile on numerous occasions to restrain…”

Winston Churchill spoke these words to the House of Commons on August 20, 1940, during the now famous Battle of Britain. The Battle of Britain was fought in the air over the English Channel with extraordinary losses to the British Royal Air Force (RAF). Not long after Churchill gave this speech, the RAF stalled Hitler’s heretofore undefeated and unstoppable Wehrmacht (German Air Force). This speech is one of Churchill’s most famous and moving speeches. His gratitude was quite real and it expressed a gratitude that the entire nation felt to the RAF pilots who gave so self-sacrificially. When rewarding an RAF pilot who suffered irreparable injuries and burn scars to his face, Churchill asked him: “Do you feel humbled and awkward in my presence?” The airman, with a partially burned face, said, “Yes sir.” He replied, “Well then you can imagine how I feel in your presence.”

“12 Put on then, as God’s chosen ones, holy and beloved, compassionate hearts, kindness, humility, meekness, and patience,13 bearing with one another and, if one has a complaint against another, forgiving each other; as the Lord has forgiven you, so you also must forgive. 14 And above all these put on love, which binds everything together in perfect harmony. 15 And let the peace of Christ rule in your hearts, to which indeed you were called in one body. And be thankful. 16 Let the word of Christ dwell in you richly, teaching and admonishing one another in all wisdom, singing psalms and hymns and spiritual songs, with thankfulness in your hearts to God. 17 And whatever you do, in word or deed, do everything in the name of the Lord Jesus, giving thanks to God the Father through him.”

Notice that Paul’s imperative is unqualified and absolute: “And be thankful.” For the one who does not believe in God, ingratitude is at the heart of unbelief: “For although they knew God, they did not honor him as God or give thanks to him, but they became futile in their thinking, and their foolish hearts were darkened” (Romans 1:21).

If that didn’t get your attention, you might want to read it again. Christians are marked by thankfulness while those who reject God are marked by ingratitude. What marks your life? Do you have a reputation for gratitude? Is gratitude at the center of who you are, or is just part of cultural etiquette?  Notice in Colossians 3 that being thankful (verse 15) is connected to thankfulness to God (verse 16). In other words, your actions represent the true state of your heart.

Finally, notice that Paul tells believers to be thankful in their hearts to God. The object of Paul’s thanksgiving is always God. There are numerous passages where Paul expresses thanksgiving to God for people, churches, gifts, and situations. I’d encourage you to check it yourself. For Paul, thankfulness was at the heart of the Christian life because gratitude is the only appropriate response to God’s gracious gift of Jesus Christ. A person with a grateful heart is someone who constantly recognizes their dependence on God for everything in their life.