Heartsong: More than a Band 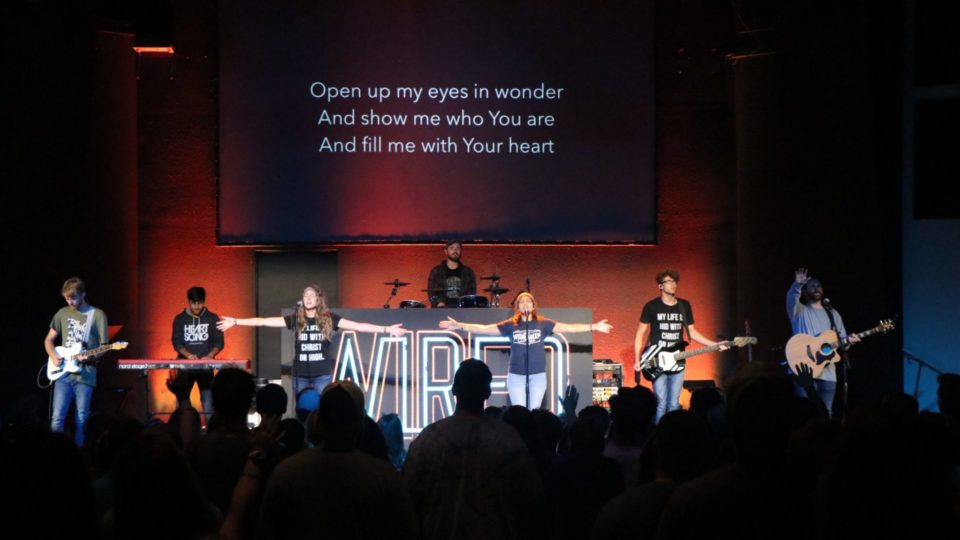 The music at camp is often a huge part of the experience for a majority of students. Just a few weeks ago Jonathan Creek experienced a power outage which led to a stripped down worship set that had a powerful impact on those present. It was a reminder that it is not all about the intricate lights and impressive sound quality.

At the Cedarmore property last year, Crossings decided to try something new. They partnered with Heartsong from Cedarville University. If it is any implication of how they did, this year they are back again. The work that they do is so much more than just playing music, they take on the responsibilities of a normal staffer as well, from leading Bible studies to having one on ones with students.

However, there are not many people who truly know what Heartsong is, and how they prepare for the daunting task of a full summer of playing music and ministering to students. I myself go to Cedarville University and I never completely understood what exactly they do. So I decided I’d talk to them and find out first hand what it is that makes Heartsong so well equipped for camp ministry.

Here at Cedarmore this summer is the Heartsong Blue Team which is made up of: Chris O’Mara, Jared Dickerson, Phoebe Schoeneweis, Jon Larson, Sam Anderson, Josh Guiata, Jason Smith, and Arielle Feustel.

To start off I simply asked Chris to explain to me what Heartsong is.

Heartsong is a ministry that is run by Cedarville University. It’s always there, it’s a revolving ministry so people come in and they come out whenever they please…We go to churches and camps throughout the year and through the summer and we play music. We try to interact with students everyday and we talk about our school Cedarville.

I talked to them some about how they felt they were prepared for a place like Crossings where having gospel conversations with students is an integral part of the camp experience. Phoebe talked some about the experience that comes from the places they go during the school year.

“We do go to some camps during the school year…I think that kind of gives us a good idea on how to interact with students.”

Chris continued to explain that during the school year they have six hours of practice each week, some of which is music, the rest is working with their directors on different types of discipleship training.

…our directors teach us how to interact with students, how to interact with adults, and how to serve and let out the gospel and live out the implications of the gospel in a healthy way, a way that represents Christ well and that represents Cedarville. So after sitting in meetings of 3 hours every single week, it kind of engrains some of that in you.

However, the training they receive at school is not the only experience they have. Four of the Heartsong members served at Crossings last year. That experience not only gives them deeper insight into the camp, but it has also allowed them to learn some things about themselves.

Jon spoke some about the struggle of perseverance that takes place.

“After going through a summer I think we know what hard work is and how to keep going even though you don’t feel like it. And how to rely on God’s strength not your own,” said Jon.

“I think one of the things that Crossings taught me was to be gospel-centered in everything you do,” continued Phoebe, “and not just when I’m leading worship or not just when I’m reading my Bible, but when I’m in my normal daily activities.” 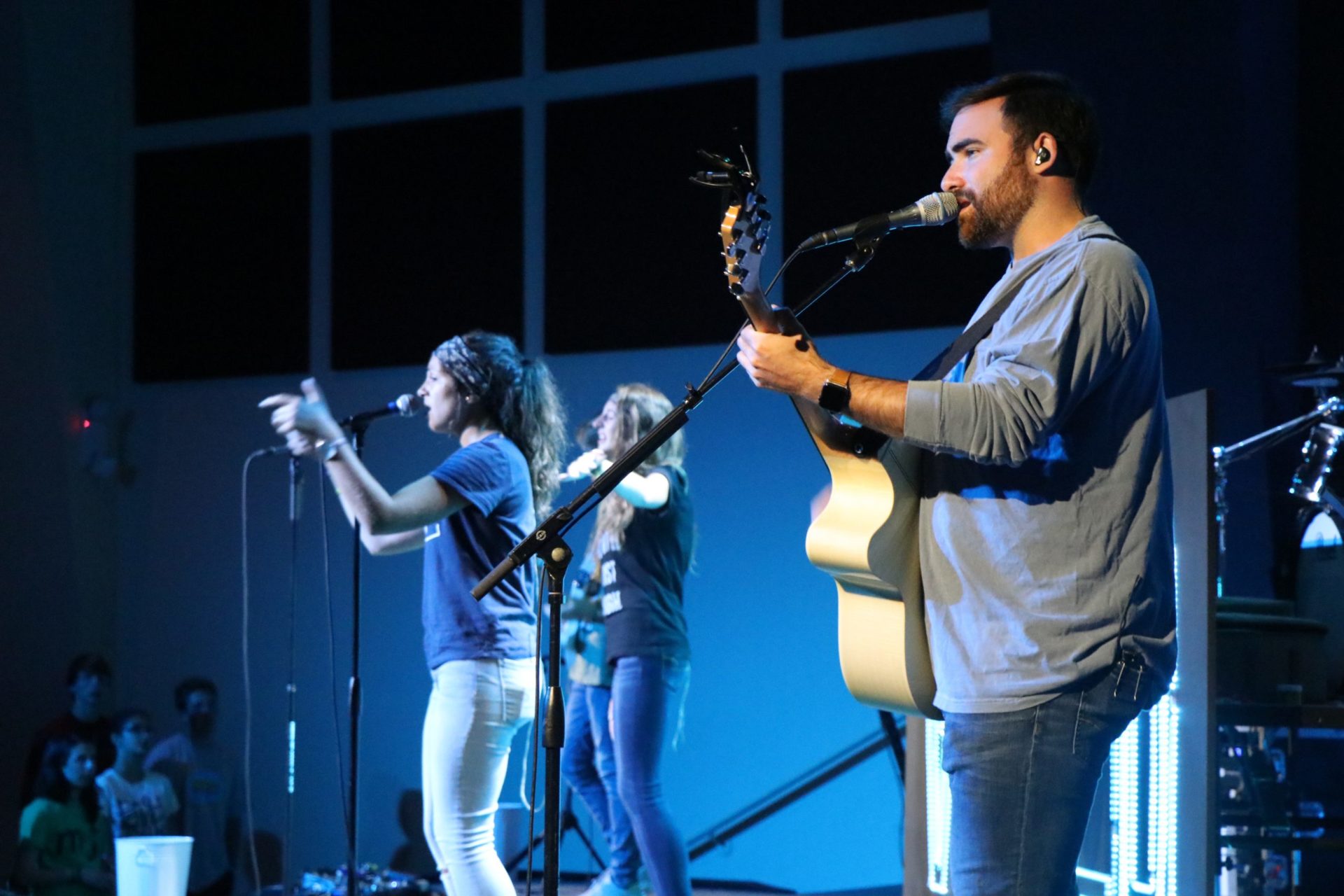 I then asked those who are new this year to Crossings, what their experience has been so far.

Jason immediately had an answer. He spoke about how hard the reality hit him, that being at Crossings for a summer means that you have to give some things up. He talked about how a lot of those things were unexpected.

Ari then responded with an insightful statement that I think is true for every staffer.

“The summer camp staff experience is an experience of dying to yourself everyday.”

Whether you are a regular summer staffer, or you are a member of Heartsong, camp is not about you. Camp is designed to throw you outside of your comfort zone, to force you to become a part of a cohesive team. Ari continued to hit on that topic.

“You don’t realize how much you idolize comfortability, or normalcy, or things you rely on every single day, until you get in a situation like this and a lot of those things you put on hold.” 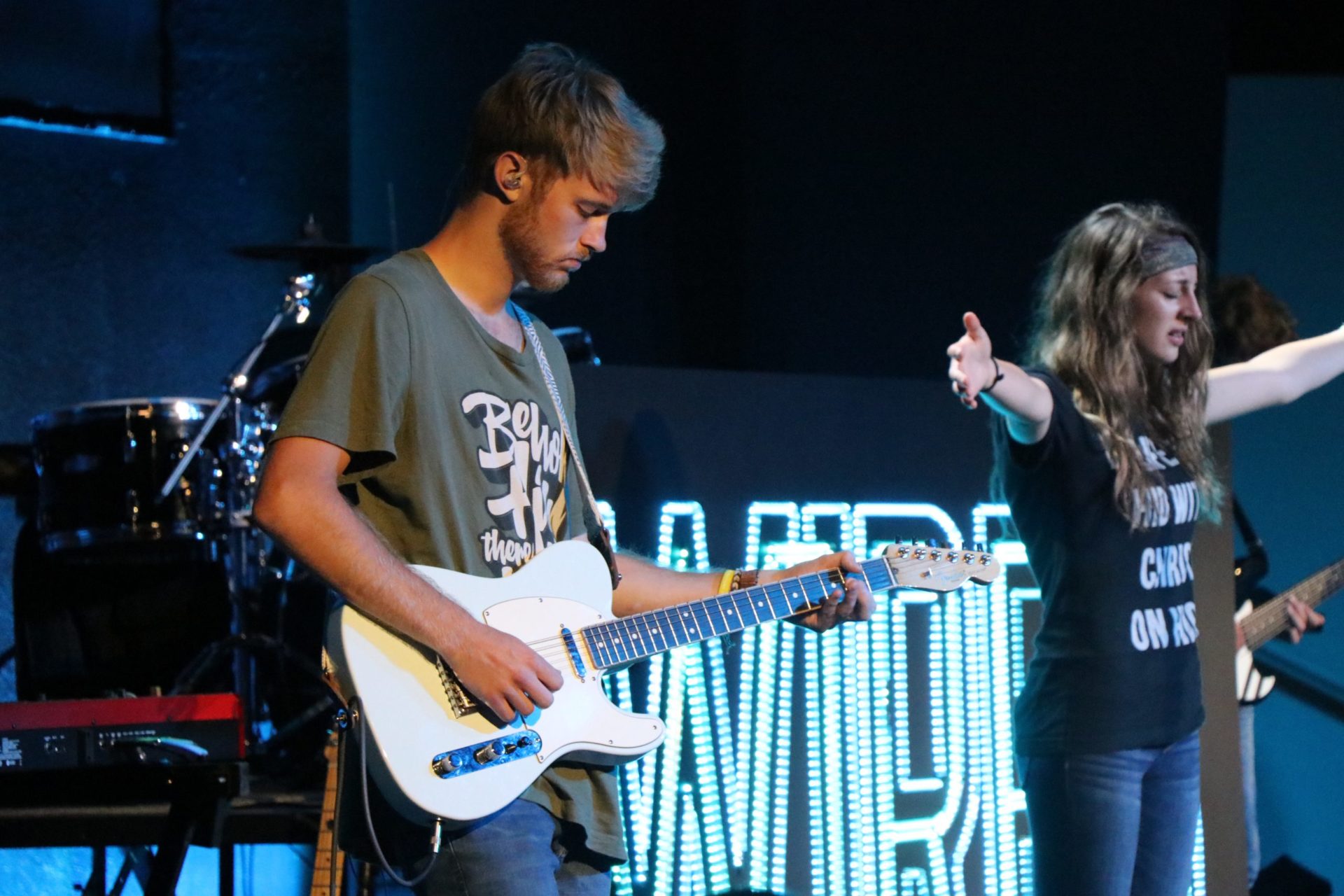 Giving up comfortability is not something new to anyone who has been apart of Crossings in the past. Being comfortable can often lead to a lack of focus, and focus is necessary in order to relate to students who are sometimes in difficult situations. For Heartsong, a large amount of their focus is dedicated to the music that they play during worship. Music is often what students think of when they hear “worship”, which is not a bad thing, but it can become dangerous if taken too far. I asked the members of the band how they approach the music that they play, and the posture with which they play, so as not to trigger some kind of emotional response from students.

Chris mentioned that their directors choose songs that are focused solely on the gospel. He went on to talk about the way in which that gospel-centeredness should be approached by an audience.

Phoebe said that when she had students ask her what her favorite song was, she would always use that opportunity to point them to the lyrics, and ultimately back to the gospel.

Ari spoke to the unique position that they have as the band, especially when they are involved in small groups.

Even in small groups with the theme being what it is, with ‘Wired for Worship’, I feel like we get to be in a really special and unique place since we are on stage, reaffirming the fact that worship is not just doing what we’re doing on stage…Worship begins in the heart, and this is just one aspect of the way in which it can overflow in your life. It’s an internal disposition that overflows into a lot of external actions.

All of these answers are what makes Heartsong fit in so seamlessly here at Crossings. They have a desire to love God, love people, and be servants. I finished up my talk with them by asking what things they thought they wouldn’t like about camp, but now love and appreciate about it. Josh immediately said that he worried about lunch games, but he has quickly learned to use that time as an opportunity to engage with students on a different level. Jason talked about the fear of being pushed outside his comfort zone, but ultimately he has found that some of the best times he has had are when he has the opportunity to go crazy sometimes.

Sam had an incredibly insightful answer to the question. It’s about the staff, and I think it perfectly sums up the kind of people that Crossings seeks to send out to the world when the summer is over, whether that is someone on the program staff or someone on Heartsong.

I think for me a big thing was knowing that I was going to spend an entire summer with a whole group of staff. I’m not a huge fan of meeting new people and I figured ‘Man, if I don’t like these people, I’m gonna have a really rough summer’…But I found that once I came here and met all you guys — the caliber of staff member that you guys hire is so high. These people are very Christ-centered they’re on fire for God. They have a heart for ministry. They want to invest and love on people, and that doesn’t just include the campers, that includes us as well. And they’re not only Christ-centered but they’re also fun and goofy and I really enjoy hanging out with them.

Heartsong has become a huge part of Crossings here at Cedarmore. They are so much more than just a band, they are a part of the family that is created among those who spend their summer spreading the gospel and speaking into the lives of students. 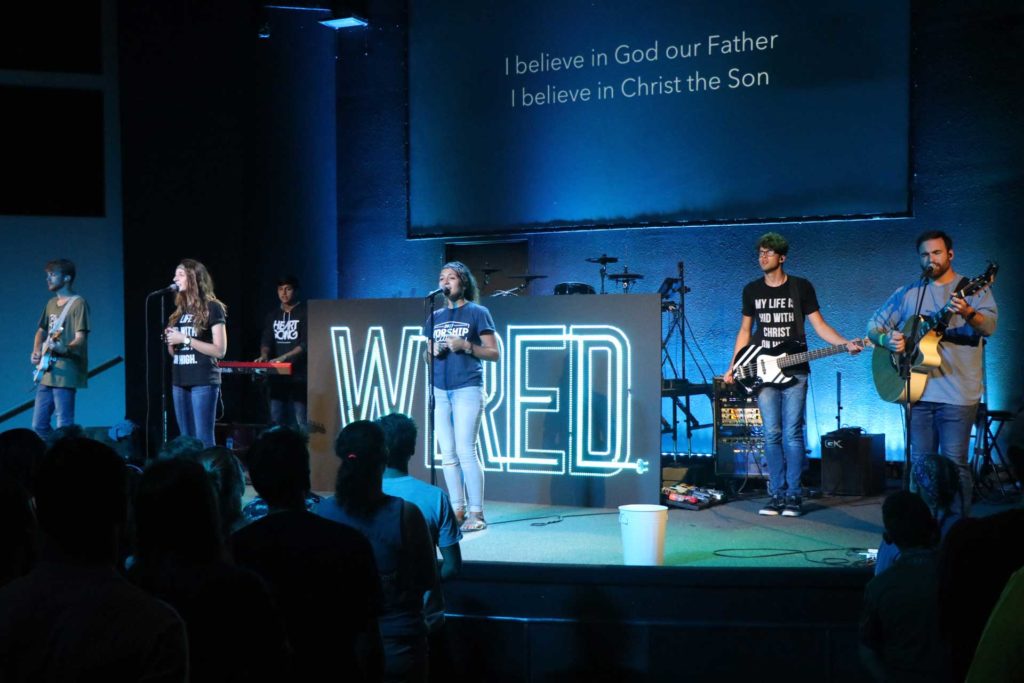