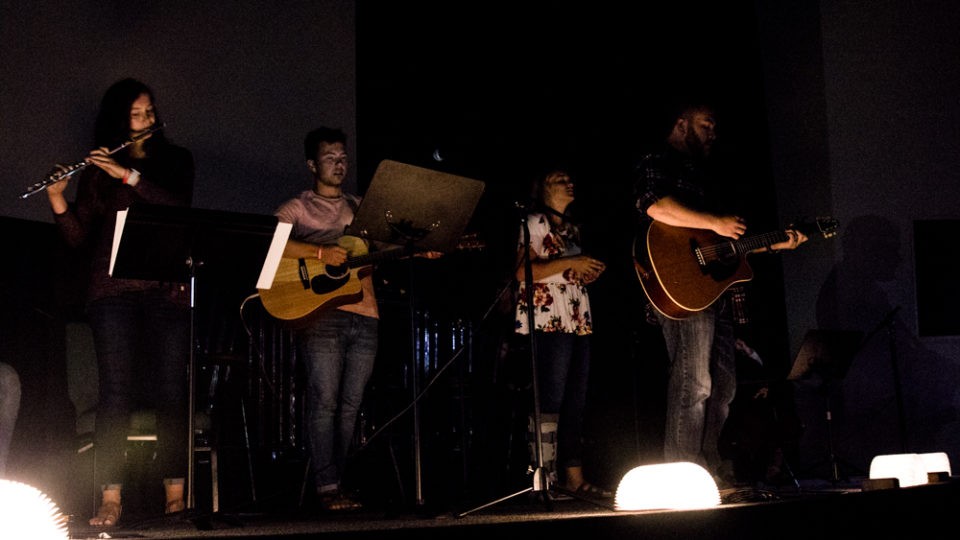 A modern worship service requires thousands of dollars of equipment to run smoothly. Lighting, speakers, sound systems, in-ear monitors, projectors, fog machines, and countless other electronic devices are considered essential to provide an atmosphere for followers of Christ to worship him. Last night, due to the work of a severe thunderstorm, all of those things were taken away.

As pastor Tom Richter invited students that had made the decision to follow Christ to announce it publically, the lights went dark. His microphone was turned off, and the entire crowd began to rumble in uncertainty. Tom raised his voice: “I know two things: God made me loud, and there is an evil one that would do anything in his power to prevent you from hearing and believing the Word of God. Don’t let this distract you from what God is calling you to. And although we have gone from light to dark, 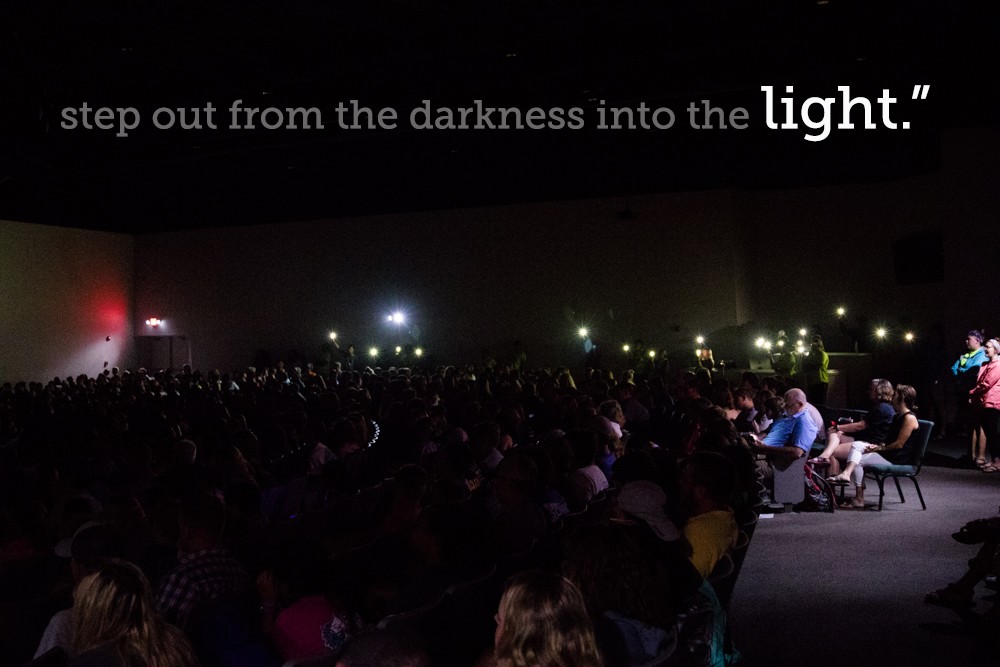 Tom’s voice continued to carry the message. Just as it was during Jesus’ time on earth, the gospel spread through a dimly lit room without microphones or speakers. In the obscurity of the room students, one by one, stood to profess their newfound faith in Christ, as their new brothers and sisters in Christ cheered them on.

After Tom finished his message, the band took the stage. They unplugged the cords from their instruments and began to lead worship. Without the aid of a projector to lead them along, the crowd joined in and sang from the heart; where they had hidden words of genuine praise to God. 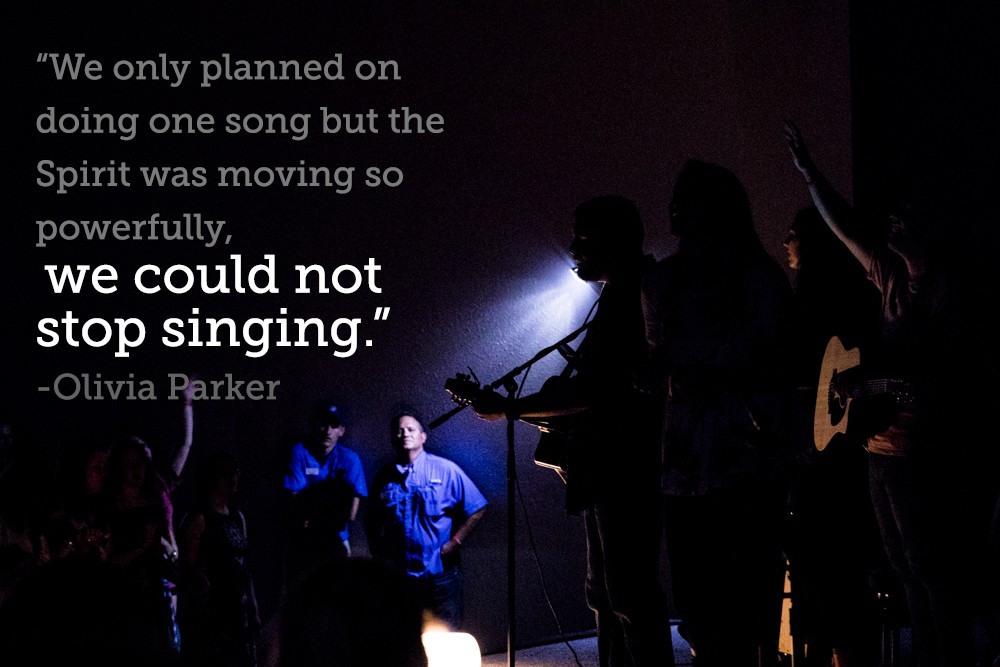 “If the purpose of a worship service is to bring glory to God if anything the power going out only brought us closer to the goal. Sometimes worship can become almost formulaic, but God reminded us that he is not a formula and he cannot be controlled; a thing so small as the lights going out is a great reminder.” -Tom

Last night revealed both great irony and great truth in our theme for the summer: “Wired for Worship.” The purpose of the LED “wired” sign is to remind us that we were designed to worship God. It was only when that sign quit shining did we become aware that what it said was true.

In the absence of electricity, the congregation immediately felt the reality of the message of the Gospel. The light show was over. The instruments were unplugged. The special effects were rendered useless. The theatrics had stopped.

The Gospel is not a theatrical production. It cannot be confined by the limitations of the musicianship of the worship team, or by the size of the lighting budget of a church. The Gospel does not become more powerful when lighting queues match the climax of a worship song, or when the sound system is high definition surround sound. More ears are not opened to the Gospel because of a microphone. More hearts are not reached by the bass of a kick drum.

The Gospel moves in one way–by the Spirit of God. In Matthew 18:20 Jesus says: “For where two or three are gathered in my name, there am I among them.” Over 800 people were gathered in His name when the power went out, and over 800 people learned that even in the absence of electricity we are all still wired to worship the Lord.