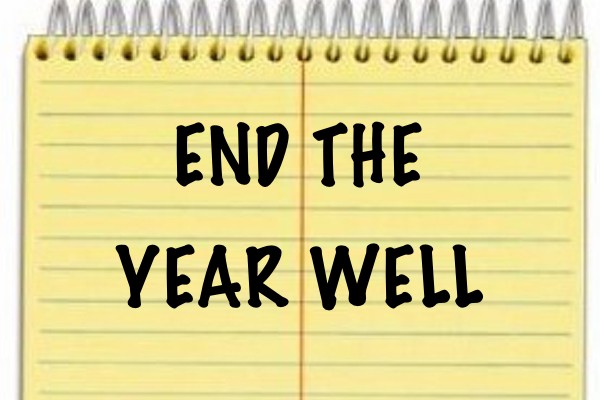 The week between Christmas and New Year’s is an amazing gift from God for reflection. It’s a week when you are coming off the excitement of Christmas and as you prepare for what lies ahead in 2017. As you wrap up 2016, I want to encourage you to think through a few things.

First, give some stuff away. It’s not just that it’s the end of the fiscal year, and you want to get deductions in but you just got a major influx of new stuff. Maybe Christmas brought you new clothes, possibly some new books, and maybe if you’re lucky something from Apple. If that’s the case, give some of your old stuff away. We are a notoriously consumeristic society, one that needs storage units in every city. Let’s not let Christmas be solely about consuming, give some stuff away.

At Crossings we use the online donation software that we have because it has the ability for you to donate stuff, not just money. If you got a new iPhone, would you consider giving us your old one? If you got some new clothes, would you consider giving away some old ones to Goodwill? Find a way not to just get rid of stuff but to bless someone. You have no clue how needed your coats and blankets are this time of year at your local homeless shelter. Giving really is blessing.

Second, reflect on the past year. Sit down and write out all the ways God has blessed you in this last year. What did you do in 2016? Where did you go? Who did you meet? How did you grow? Take some time to thank God for His goodness in your life. Francis Schaeffer said, “The beginning of men’s rebellion against God was, and is, the lack of a thankful heart.” Don’t wrap up 2016 without thanking God for 2016. Maybe that reflection isn’t just a time to thank God but a time to make a phone call or write a letter. Thank the people who made 2016 for you. A thank you note, or maybe even an apology, if needed, could help you wrap up the year. Don’t forget to call your mom as well.

Lastly, make a plan for 2017. We will have more on this in early January, but God has graciously built rhythms into the calendar and your life for you to grow in discipline. Every morning, by God’s grace, you wake up and have a chance to start fresh. Every week, month, and year you have a chance to start over. Use those moments to start over with resolve and focus. Maybe you need to run or join a gym, now is a great time to get after it. Get a bible reading plan for 2017 and carve out the time to get alone with God. Pick some books to tackle in 2017. Pick some people to listen to, whether it’s sermons, lectures, TED talks, or some other format. In the words of John Piper, don’t waste 2017!

So, as you soak in the aftermath of Christmas, the glory of bowl season, and plan your celebrations for New Year’s Eve, take some time to give, reflect, and prepare. Use this week to glorify God for the gift of 2016 and prepare to make much of Him in 2017. Merry Christmas, Happy New Years, and joyous College Football Playoffs to you and yours from Crossings!