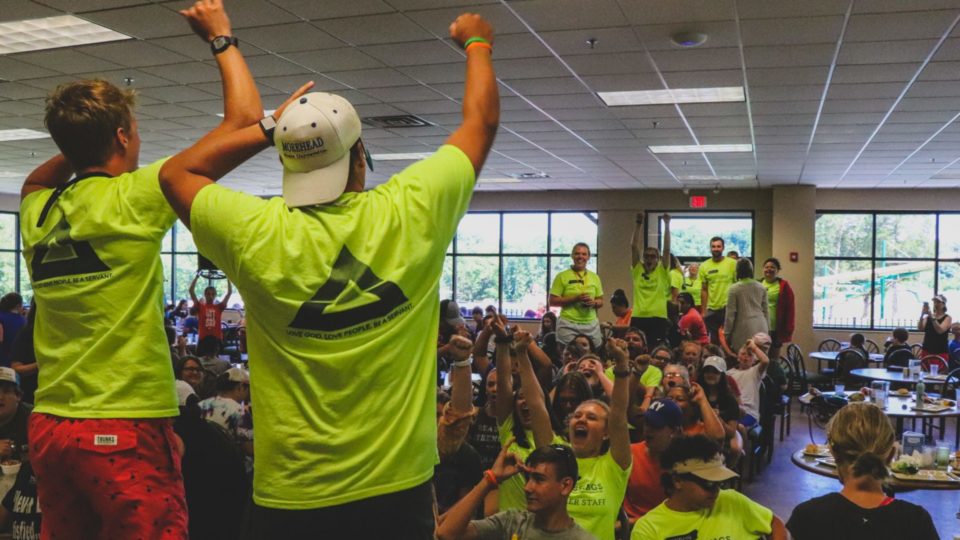 So what is LEAD? LEAD is a program for students going into their senior year of high school or just graduating, and it allows them an opportunity to see what it is like being a Crossings staffer. However, typically when LEAD is announced at Crossings, there is always a multitude of people who have a confused look on their face.

I myself went through the LEAD program when I graduated high school. I had been to Crossings once in middle school, and again for all four years of high school. When you are a student, the staffers in yellow shirts can almost seem otherworldly. They are constantly hyped up, always seem to be in two places at once, and they are consistently sharing the gospel. Staffers were the kind of people I wanted to be, but I never thought it was something I could actually do. The introvert in me constantly said that I would never be able to handle being a staffer at Crossings. But then, just after my senior year of high school, came LEAD.

This week I talked to the students who signed up to do the LEAD program. I talked to them after their first day and then I followed up with them on their last day. It was incredible to see how similar their experience was to mine.

After their first day, they talked first and foremost about how cool it was to see the everyday jobs that staffers go through, whether it was working in the kitchen, running the Shack, or just running all over property to get to their various POIs. I’ll admit I was a bit surprised to hear that they enjoyed working in the kitchen so much, but I think they might change their minds given a couple of months.

There was one particular thing that was said that really took me back to my own experience in LEAD.

“I didn’t realize it was this hard.”

If being a student at Crossings makes staffers seems otherworldly, then LEAD is what brings them back to earth. Staffers are not perfect by any means, but when there are thousands of students brought right to your doorstep in order to hear the gospel, it is difficult not to be excited.

At the end of the last full day, I asked the students what they thought of LEAD. There was a unanimous response of “It was awesome!” and “It was super fun”, etc. A big thing for them was being given the opportunity to look deeper into the life of a Crossings staffer than a normal student would get to in a week at camp.

One comment in particular though, really stuck out to me. I think it’s a perspective that is common among those who consider the possibility of being a summer staffer. It definitely was for me. That perspective is simply, “I feel like I’m too shy.”

As I said before, I was apart of LEAD just after I graduated high school. Going through that was such an eye-opening experience for me because I realized that being a staffer is so much more than just being loud and having the ability to listen to “Church Clap” fifty times a day (though that is a requirement). Being a staffer is about loving God, loving people, and being a servant. Yes, the Crossings triangle. It may seem like a copout to quote it, but it’s true. If you have a desire in you to not only worship God fervently, but to grow in your faith in a unique environment, then Crossings may be for you. If you have a heart for the broken and the struggling, a heart to use your testimony as a platform for guiding others towards Christ, then Crossings may be for you. If you have a conviction to set yourself aside and spend a summer putting the needs of others before your own and in doing so show the grace of the gospel, then Crossings may be for you.

Nowhere in those examples do you see, “If you’re really loud and awesome at talking in front of people, as well as have the ability to never get tired of being around a lot of people, then Crossings may be for you!” Crossings is not looking for extroverts, they are looking for servant leaders that understand the importance of putting themselves aside for the sake of advancing the gospel.

LEAD exists as a way to communicate to students that each staffer is just like them: broken and in need of a Savior. But it also serves as a way to show that staffers are people who have accepted the call to fight against their brokenness and to help others do the same.

So whether you are the social butterfly at the party or the one who sits in the corner and sips their water quietly, God can use you in incredible ways. LEAD is a fantastic way to go about seeing that truth firsthand.